Get 40% off by reserving your spot.
Mandarin

How to Write Chinese Letters For Absolute Beginners

Learning Chinese is an excellent idea. It’s spoken by well over a billion people in business and everyday life. If you want to learn one of the world’s most functional languages, Chinese is one of the most useful languages you can learn.

But for many beginners, learning how to write Chinese letters can be a tricky part of the learning curve.

In this article, we’ll dive into how beginners can learn to master Chinese lettering. We’ll also get you started on some early elements to writing in Chinese, its structure and even a bit of history.

How to Write Chinese Letters For Absolute Beginners

Chinese is a Rich History

We don’t have an exact date for when the Chinese alphabet began. Though, most experts place it around the 14th century B.C. The first characters were credited to the Shang and Zhou dynasties some 3,400 years ago. 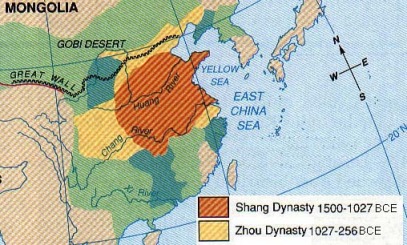 Today, we still haven’t translated all the character found from this formative bygone era.

Some might think that would be an indication for a simpler alphabet. But that’s not the case. Chinese history is deeply valued, and their language is a huge component to these traditions. It’s a symbol of their language’s unique nature that’s developed with the country over thousands of years.

It’s Not an Alphabet

Learning how to read and write the Chinese alphabet presents several obstacles for beginners. One of the earliest and most difficult parts of writing letters is that they’re not an alphabet. Instead, Chinese is syllabic. Each character written represents a syllable in a word.

Adding an extra level of difficulty is that many Chinese words only contain one syllable. While that is changing with common Chinese language adaptations, this does not alter the hurdle it presents beginners. This makes for precise transcription tougher, creating another complexity to learning to write your Chinese letters. Monosyllabic words become less of an issue when speaking due to the changes in tone. When writing it becomes much more of an issue to learn.

It’s All About Memorization

While China has advanced as a global power, it also remains steeped in long-running traditions and practices. When it comes to learning how to write Chinese letters (including pronunciation), memorization remains the way.

Beginners could find this difficult as they start out.That’s because Chinese isn’t an alphabet like much of the world uses. Instead, they use thousands of symbols. This may seem overwhelming, especially when Mandarin Chinese contains over 400 syllables. Though it’s not a perfect science, memorization allows for us to make an educated guess once we have a grasp on the language.

Strokes and radicals are what make up Chinese letters. To learn how to write is to understand these two crucial elements. The radicals serve as the closest thing to an English alphabet you’ll see in the language. Your strokes dictate your radicals’ sorting in its language classification.

Counting strokes may seem easy. However, you can have up to 17 strokes in any radical. Furthermore, being able to count each stroke isn’t so easy. It takes a skilled eye to read and write Chinese.

Writing Chinese is about mastering calligraphy. It takes strokes, drops, hooks and other artful maneuvers to properly write Chinese letters. To maintain this artform amongst the culture, eight principles serve as the guidelines for Chinese letter writing. They are called the Eight Principles of Yong.

The overarching rule is simple: keep practicing. Like anything, learning to write Chinese letters involves repetition. This is not a skill you can master in a day or two. Beginners looking to master writing their Chinese letters need to understand that it’s a commitment. Even if you’re already familiar with learning languages, understand the potential extra training that comes with Chinese.

Going into the principles further we learn that writing goes hand-in-hand (no pun intended) with painting. Calligraphy is essentially the bridge that best connects the two art forms and the traits they share.

The principles delve into the eight common strokes in Chinese writing.

Learning the basics is just one part of your letter writing education. You also have to understand ordering (more on that below). Like your number of strokes, where you place strokes and characters are essential for readers to understand your writing.

Every element is at play. Much like speaking Chinese and its tones, each brush stroke impacts your words. Beginners need to understand the importance of dark and light brush strokes. Understanding how to craft your characters is almost like telling another within your words. It’s a masterful craft that will take time. However, it is an excellent challenge to expose beginners to the wonders of writing in Chinese.

In addition to the 8 Principle strokes, consider learning these useful maneuvers that serve both painters and writers well:

Here it is again in visual format:

By embracing the art that is Chinese letter writing, beginners should find themselves understanding the writing process much more. Consider the extra calligraphy learning an essential addition to your beginnings in Chinese. It won’t take long for these skills to translate over to your Chinese language learning.

Like English, Chinese is a language that comes with many rules and even more exceptions to them. In the case of ordering, it’s best to understand this letter writing structure early on. The faster you can get these rules under your belt, the better you will be at memorizing characters.

In English, we have a loose set of standards when it comes to writing our letters. However, no one is going to say your capital E is wrong if you don’t begin with a vertical stroke. In Chinese it’s different. There, an order is much more than ensuring we all start with the same stroke. It goes back to the cultural value of the language and its characters. Chinese is essentially a thousand-year-old art form that happens to also work as a language. Because of this, generations upon generations emphasis stroke orders to maintain the art’s integrity and beauty.

Other benefits of stroke order are that it creates an efficient use of your hand, cutting down on unnecessary movements. At the same time, training yourself to write in the same fashion allows for the characters to become more structured. This is very beneficial to Chinese and other Asian languages that write characters to fit into squares.

Understanding these four rules will help increase your comprehension:

Remember that learning how to write Chinese letters is tough for beginners. Chinese is one of the toughest languages to learn for a reason. Yet, once you break down the characters and begin to understand the rules, you’re well on your way to learning.

From there, it takes a steady dose of studying your rules, radicals, and strokes. Then, it’s all about repetition. Practice makes perfect. And with a complex, rewarding language like Chinese, you should have lots to learn in the days and months ahead.

Hope you enjoyed this in-depth guide on how to write Chinese letters. Share this with a friend!

Asia is a massive continent, and is home to about 4.46 billion people who speak close to 2,300 languages – …

What you're about to hear is explicit and not safe for work. That's right, we're going to share Chinese swear words …

23 Chinese Idioms To Sound Like a Fluent Speaker (Yes, Really)

You've learned some basic Chinese words and phrases, but now you're ready to take it to the next level with Chinese idioms. You've come …