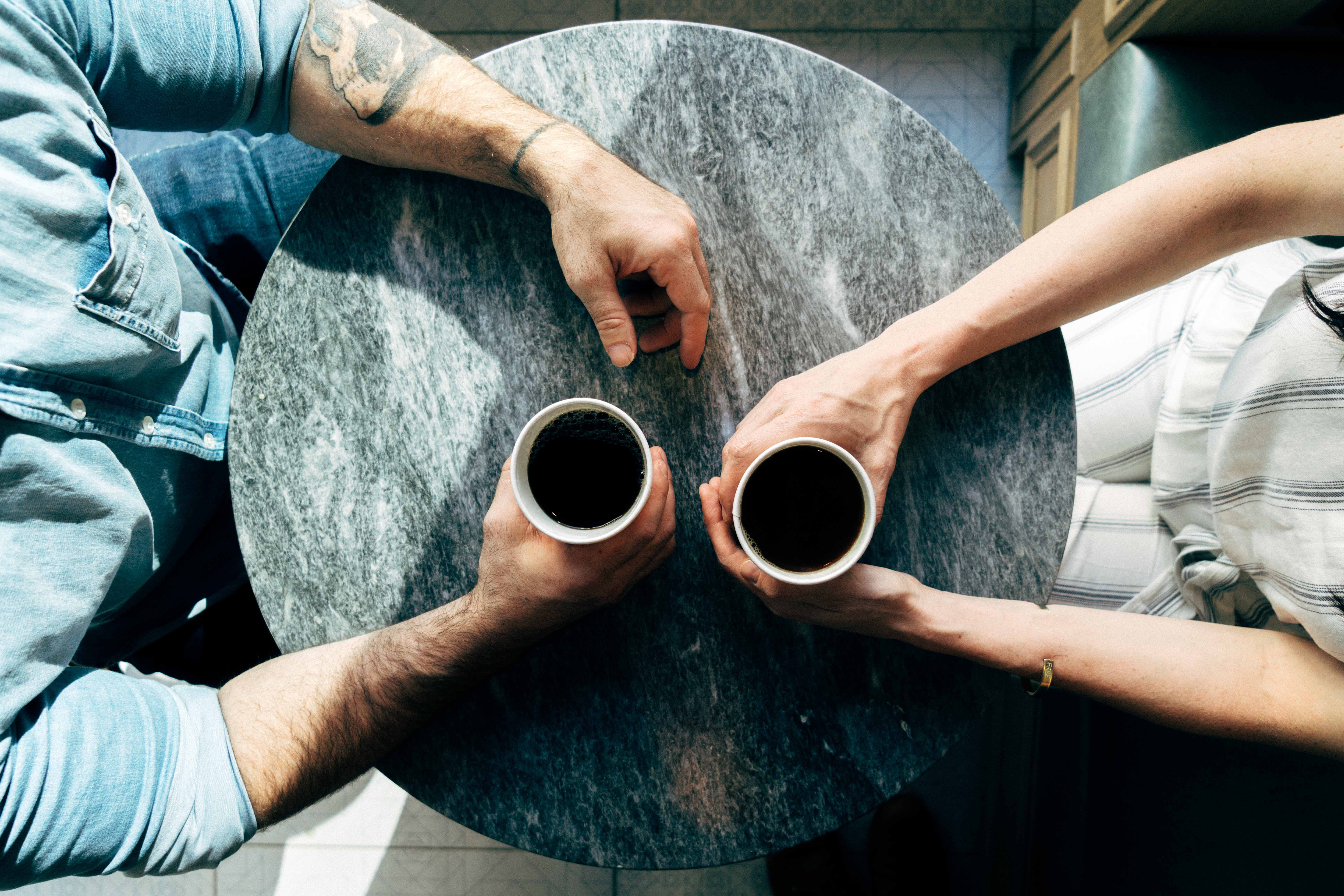 When you’re learning German and you have the chance to talk with native German speakers, there’s a lot you might not understand at first. Part of this is because a lot of the textbook German you’ve been learning isn’t what the native speakers are using. So we’re here to offer 17 German conversation phrases that might not appear in your German textbooks.

By now you've gone beyond the basic German words that beginners should know and you're ready for some real German conversations. Let's get started with how some polite conversations might begin when you meet somebody for the first time.
‍

Nice to meet you. This is a good one to know. Anytime to meet somebody for the first time, it is a polite phrase to you to begin a conversation in German.
‍

Most German textbooks seem to teach students to say Wie gehts? But you might hear Was geht ab? instead. This means: What’s going on? It’s a more casual way to ask how somebody is.
‍

As answer to Wie gehts? could be: Es geht. This literally means: ’It’s going’ and the implication is that it’s going well or at least there aren’t any major problems.
‍

You probably already know alles klar as an expression to say ‘ready’ but what about the na in the front? Na is one of those things you could add to your German repertoire to sound more like a native German speaker. It’s a useful word to put at the front of a sentence. You can use it to show interest, speculation, accusation.

‍Na is something like the English words: well, so, then, well then. So as you can imagine it’s a useful, versatile word. Include it to make your German conversations flow more naturally. You can check out this post to learn more about how to use na in German.
‍

Well, yeah….To continue with na you can use it easily to show ambivalence as well.

This is a great way to begin a sentence when you’re not sure about something and are trying to work your way around something. If you still haven’t decided about something yet and you want to look into something further, then na ja…is an easy way to show your indecision and request extra time to think something through.

If somebody says something that you don’t agree with but you don’t wish to directly argue with them about it, you can also start your response with na ja….and state your views on the issue.
‍

This is a useful word to use when you neither agree nor disagree on an issue. Jein is another good one to use for ambivalent situations. It is a compound of yes + no. If you want to say maybe about something then you can use the word jein.
‍

It’s always tough at the beginning. This is a useful phrase to say to anybody starting out a new endeavour, learning something new, getting a new job or learning a new language. Literally this phrase means ‘all beginning is difficult’.
‍

In any case. This German phrase is very common and easy to incorporate into your German conversations where appropriate. It’s easiest to use at the start of a sentence.
‍

The expression can change depending on what you place before dabei. For example, if you said ich bin heute voll dabei it would mean “Today I’m doing well.”
‍

Relax!  Use this phrase anytime you hear a stressed-out German. You will not want to use it with the authorities though. You could get fined for using the informal form of ‘you’ with them. But if it’s somebody you know well enough, then go for it!  German pronouns can be tricky, so we wrote an introduction to German pronouns to help you review.
‍

Awesome!  These expressions both mean the same thing. They are fun to use when you are excited about something and want to share in somebody else’s success.
‍

This literally means to have the nose full. In other words: ‘Fed up’. It must feel uncomfortable to have your nose full of anything, so this should be an easy one to remember next time your fed up with something and you need say it in German to let others know about it.
‍

A Bock is a buck, a male goat or a ram. So literally you have a buck. This German phrase means you’re in the mood for something. You really want to do something and you feel like doing it. The expression you learn in your German textbooks is likely lust haben. Lust (auf etwas) haben. But if you substitute Lust with Bock haben you’ll be sounding like you have idiomatic fluency in German.

You can have voll Bock and null Bock as well to really show that you’re either really enthusiastic about something or that you are not at all interested in something.Here is another example of how to use it:  Ich habe Bock auf’s trinken, which means, “I really want to drink.”
‍

Keep your fingers crossed. Literally the Daumen are your thumbs, and drücken means to pull. So give it a go and pull your thumbs next time you want to cross your fingers and say:
‍

This is a common German phrase to say, “just a moment, please” Augen are eyes.  Blikk is a blink. So literally it means a blink of an eye. Of course when you are occupied with something and you’ll get to somebody soon, it will take a few blinks of an eye before you get back to them. The word ‘eyeblink’ also exists in some English dictionaries and likely dates from the 1830’s, but it’s fallen out of use in most circles. In English it’s used to say an instant, or a brief period of time.
‍

Can I please get through? While you wouldn’t need this one so much for a conversation, you will likely need to use it in sometime in crowded areas. You might be at a dinner party and need to get through the room to the other side. So this would be a polite way to do so.