9 Major Benefits of Learning Spanish (This May Surprise You) 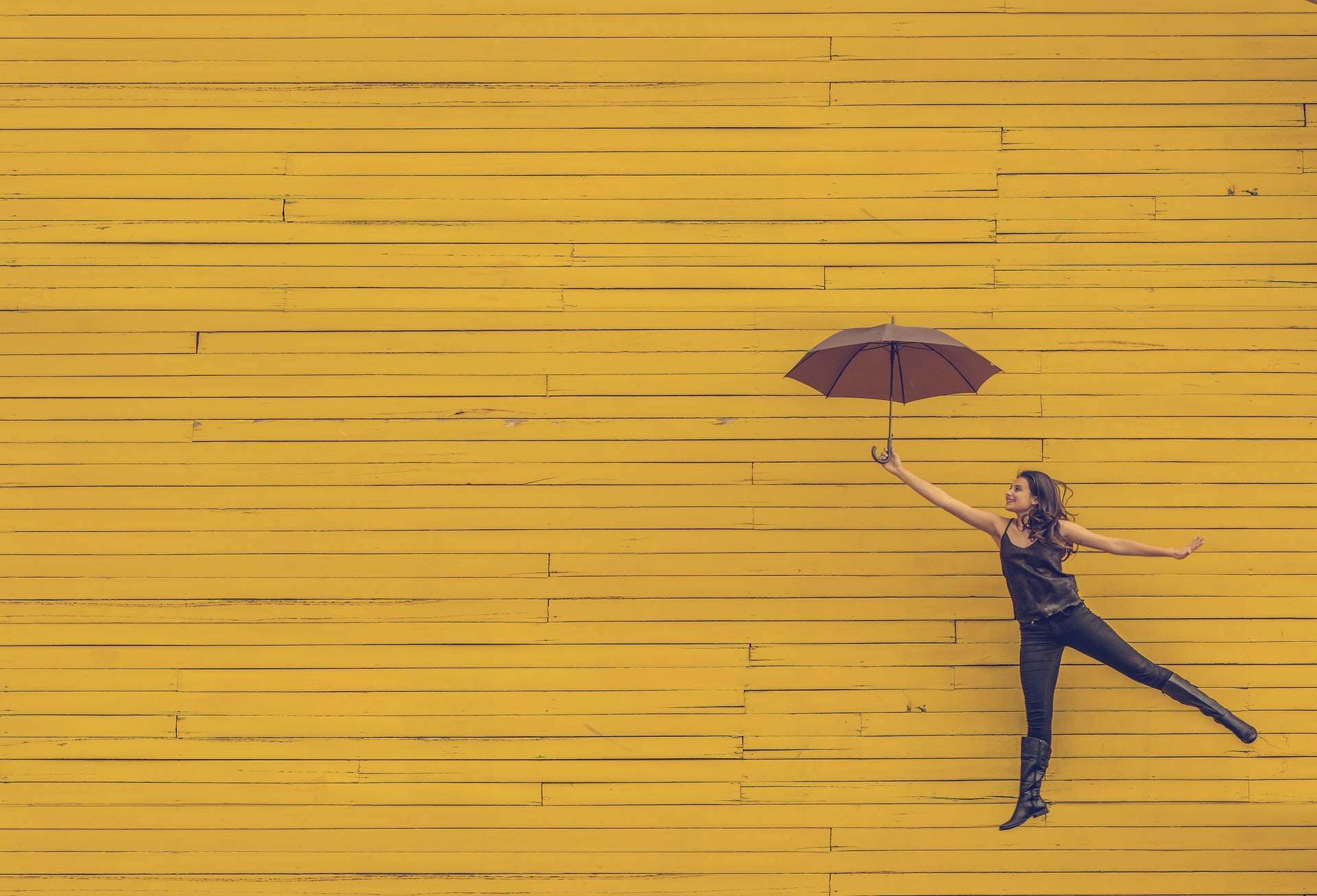 What are the benefits of learning Spanish? Well, learning a new language, like Spanish, is a good idea for a handful of reasons: you can increase your chances of being able to work from anywhere in the world, more easily meet and date folks in countries where most people don’t speak your native language and maybe even get to travel the world for free.

Each language comes with its own pros and cons. Some, like English, are spoken widely throughout the world, making it incredibly beneficial. Others, like Paakantyi, are only still spoken by a handful of people, but allow learners to be one of the sole speakers maintaining its existence.

The benefits of learning Spanish are plentiful. But for the sake of brevity, we’ll only include the nine most major ones.

1. One of the best languages to learn for travel

As of 2016, there were 437 million Spanish-speakers throughout the world. That’s 17% of the entire world. Not only does this heft number make Spanish the second most-spoken language in the world, but it is also the official or national language of 21 countries. In the Americas, 418 million people speak it, and in the European Union, 8% of folks speak it as a first language, and 7% speak it as a second language.

The point of all of these fancy facts and figures is that if you learn Spanish, you’ll be hard-pressed to go somewhere where at least a few people don’t speak it. This will make you a better-equipped traveler, allow you to meet even more people and enrich your personal experiences.

Plus, you’ll be able to speak like a pro in some of the most beautiful countries in the world where Spanish is the official language:

Yes, you read that correctly. Learning Spanish makes you more employable. At this point, we’re sure this isn’t surprising. Spanish is one of the six official languages of the United Nations, and the third most-used language in the media. The importance of Spanish as a business language is hard to dispute. With the economic development of many Latin American countries, Spain being the 14th highest for GDP in the world and an influx of Spanish-speakers in countries like the United States, anyone who knows, or learns, Spanish will be at a great disadvantage. According to The Economist, learning Spanish will net you an additional $51,000 in life.

Oh, did we also mention that 10% of the language used on the Internet is in Spanish?
‍

According to Alzheimer's Today, “Speaking more than one language appears to help the brain resist the effects of Alzheimer’s disease.” Italy’s Vita-Salute San Rafffaele University in Milan conducted a study in which they studied CT scans of 85 older patients with Alzheimer’s disease. 45 of them spoke both German and Italian and 40 spoke only one of the two languages. As you can imagine, those who were bilingual performed better than monolingual speakers on short and long-term memory tasks.

Okay, we know this is a bold claim, but it’s true. At least, it’s true if you define being a better person as someone who is empathetic towards others and can read social cues. Learning another language, like Spanish, won’t only increase your ability to focus, but it will also help you understand cultures that are unlike your own. According to NPR, “bilingual children as young as age 3 have demonstrated a head start on tests of perspective-taking and theory of mind — both of which are fundamental social and emotional skills.”
‍

5. A world of art, literature and beauty will open up to you

One of the most major benefits of learning Spanish is that you’ll gain access to the unparalleled world of rich Hispanic culture. Watching classic movies, like Pan's Labyrinth, in their natural language is more enjoyable than watching with subtitles. The same goes for reading literary heavyweights, like Gabriel Garcia Marquez and Pablo Neruda, in the way that they originally wrote their books. Engaging with works in their original language provides you with deeper insights into them than you can access through translations. And while art may not have an exact language, being able to speak Spanish may help you better enter the mind of Pablo Picasso, Salvador Dali and many others. The same extends to music of the greats, like Gloria Estefan, Celia Cruz and Tito Puente.

6. Get a better handle on pop culture

In the same way that learning Spanish will give you access to classic literature, cinema, art and music, it will also open worlds to the the most dynamic and vibrant pop talent of today. If you’ve been to a club or bar in the last five years, it’d be difficult to hit the dance floor without shaking your hips to a song by Pitbull, Enrique Iglesias, Ricky Martin, Shakira or any other top Spanish-speaking musician. And aside from the dance floor, Spanish has entered the modern vernacular of many large brands and restaurants like Taco Bell’s famous saying of, “Yo quiero Taco Bell,” or McDonalds’ “Me encanta.” Other brands, like Walmart, are spending millions of dollars every year targeting Hispanic audiences.

Whether you want to work for one of these organizations, or just be in the know when you see an ad in Spanish pop up, learning Spanish will help you get there.
‍

Now, how long it takes you to learn Spanish is entirely dependent on who you are, how you study and if you’ve studied it, or a similar language before. According to the American Council of Teaching Foreign Language (ACTFL), languages are divided into two classes:

The languages in Group I, which include Spanish, take 480 hours of professional curriculum to achieve mid-advanced fluency. It’s important to remember here that how one defines “fluency” is entirely subjective. Some folks say they’re fluent in a language if they can read and write without a dictionary. Others claim that true fluency is impossible because it’d take a lifetime to understand all of the cultural idiosyncrasies if you didn’t grow up in it. Either way, Spanish is widely regarded as one of the easiest languages to learn, so you can be up and running with basic reading and speaking skills in no time.

8. Slang will become a way of life

With 437 million Spanish-speakers in the world, it’d be crazy to think they all speak Spanish in the same way. Some people, like in Spain, speak Spanish with a lisp. Others, like in Argentina, shorten words (e.g. tranquilo, for calm, to tranqui) down and some people speak a Spanish creole, like in the Dominican Republic, that’s difficult for native Spanish speakers from other countries to understand. According to Wikipedia, Hispanic American Spanish can be grouped into:

Within European Spanish (Spain), there are also a handful of dialects:

Despite all of these dialects, most educated people will be able to understand one another regardless of which Spanish-speaking country they’re from. Standard usage of formal Spanish in Hollywood and many forms of literature helps to create a standard version that most people understand. But, on the flip side, all of this diversity can help anyone become a master in cross-cultural slang.

Each dialect and Spanish-speaking region comes with their own sets of idioms and unique cultural differentiators, which makes learning Spanish fun and engaging. The number of ways you’ll be able to express yourself will be endless.

9. More chances to fall in love

One of the benefits of learning Spanish or any language is that you’ll widen your pool of romantic prospects. We live in a world where the number of Spanish-speaking people is only growing. Those who don’t attempt to learn even a little put themselves at a romantic disadvantage. How amazing would it be to travel to another country and connect with others in their own languages, versus hoping they speak your own?

Learning a new language naturally enriches your life, and gives you the opportunity to meet people whom you’d never be able to communicate with before. It is a gift, and something you shouldn’t deprive yourself of.

Now that you got a glimpse into the benefits of learning Spanish, it’s time to embark on your own journey! Below are a few links to help you get started: